The Ancient Game of Senet 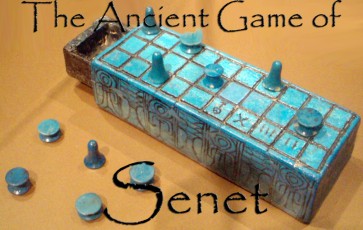 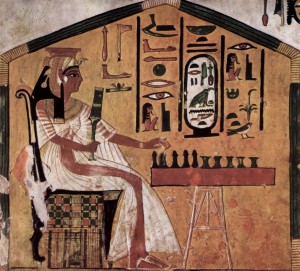 Senet is an board game from ancient Egypt. It is not known how far back in history the game originated, but it dates back to at least 3100 BCE, which is predynastic Egypt. The game has been found in tombs and archaeological digs throughout Egypt, in King Tut’s tomb four complete sets were found leading to the belief that it was probably his favourite game.  The rules to the game have long been lost, but there have been attempts to reproduce the rules that seem realistic given the information we know about the game.

The game is a relatively simple chase game, the board is a 10X3 board as shown below. The pawns move in an s shape around the board and off, moving left to right on the first row, right to left on the second, and finally left to right again on the final row.

Each special square has its own purpose, they are as follows:

The centre square (15th square) is the House of Rebirth. This square is where pawns who get banished from the house of water end up. 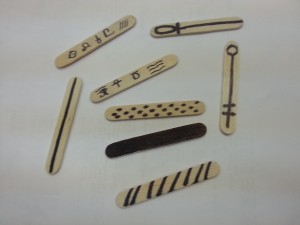 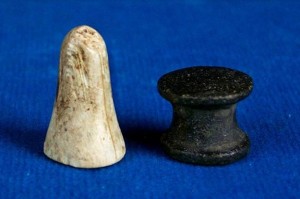 Each player starts out with seven pawns each, shown on the left are the standard shapes for the pawns, so one player would have seven cones, the other would have seven spools. To set up the board the first fourteen squares (remembering that the squares are counted in an “S” shape) alternate cone and spool starting with cone, which places a spool as the last pawn on the board on square fourteen. Because spool has the advantage of having a man closest to the off the board the cones always go first. The casting sticks are cast to see how many squares they can move, the game begins.

The first player to successfully get all of their men off the board wins.

Posted May 6, 2015 by jjohnston in category Games